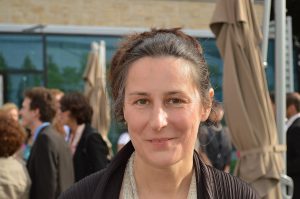 After graduating in English Literature from Goldsmith College, University of London, Arlette Klein obtained an M.A. in Art Management from the City University, London.

Arlette Klein started her professional career at the European Commission in Brussels, before being appointed Deputy General Co-ordinator of « Luxembourg, European City of Culture, 1995 ».

At the beginning of 2017 she set up Lymyfyr Art Consulting, an independent company which she manages.